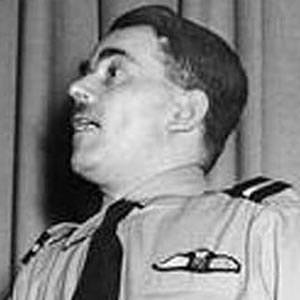 Pilot and aviation engineer who is best known for inventing the jet engine. He was a British Royal Air Force engineer air officer and he was made a Knight Commander of the Order of the British Empire after he retired in 1948.

He was rejected from the RAF twice due to his short height, but was provisionally accepted his third time.

While in the RAF he wrote a thesis suggesting the benefits to jet engine flight, and was soon given the financial support to begin building a prototype engine.

His father was a mechanic, which formed the foundation of his famous accomplishment.

At the same time he was working on his jet designs, Germany's Erich Warsitz was testing out their own versions.

Frank Whittle Is A Member Of