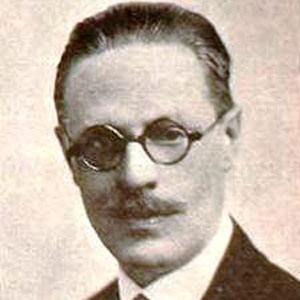 He developed a fascination with the industry at an early age, honing his craft and writing consistently.

He worked tirelessly as a screenwriter, penning some 63 scripts between 1920 and 1938.

He was born in Manhattan.

Like actor Matt Damon, he won the Oscar for Best Screenplay for his film Laughter.

Douglas Doty Is A Member Of