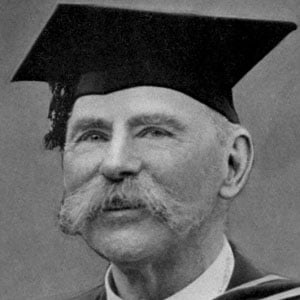 During the late 1930s and early 1940s, this prominent scholar and Gaelic revival leader served as Ireland's first President.

While attending Trinity College, Dublin, he attained fluency in several languages and served as president of the College Historical Society.

He penned Gaelic poetry under the pseudonym of An Craoibhin Aoibhinn (English translation: The Pleasant Little Branch).

The youngest of four sons born to Elizabeth Oldfield and rector Arthur Hyde, he spent his youth in County Roscommon, Ireland. His marriage to the English-born Lucy Kurtz resulted in daughters named Una and Nuala.

Douglas Hyde Is A Member Of