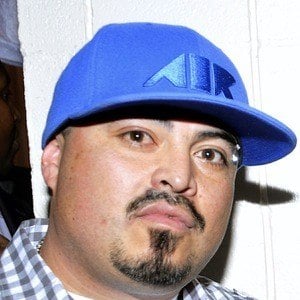 Mexican-American rapper whose first album, California Cowboyz, was released in 2003. He followed it up with 2007's Definition of an Ese, which included his breakout single "Lean Like a Cholo."

He started rapping at age 13, inspired by artists like Cypress Hill. His first recordings were produced in the garage of Edward "E-Dub" Rios, who would go on to become the producer of the radio show Pocos Pero Locos on Power 106.

He was put into a coma after being seriously injured in a car accident in Farmington, New Mexico in March 2009.

His real name is Juan Martinez. His parents immigrated to the United States from Mexico.

His instrumental track for "Lean Like a Cholo" was borrowed by Tyga for the song "Tatted like a Cholo."

Down AKA Kilo Popularity

Down AKA Kilo Is A Member Of

Down AKA Kilo Fans Also Viewed