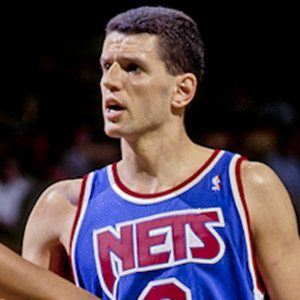 Former international and NBA shooting guard remembered as one of the greatest players in the history of European basketball. He was named Croatian Sportsman of the Year in consecutive years in 1985 and 1986.

He played youth basketball for KK Sibenik at age thirteen.

His memory was honored by New Jersey Nets player Anthony Morrow, who wore Petrovic's jersey during the 2012 Three Point Shootout.

Drazen Petrovic Is A Member Of