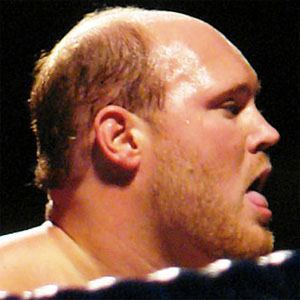 He is best known for his time in the WWE under the stage names Luke Gallows and Festus. Before hitting the WWE big stage, he wrestled in the league's developmental farm territory, Deep South Wrestling.

He started out his career with Mason Dixon Wrestling in West Virginia.

In 2005 he appeared on WWE's $1,000,000 Tough Enough. Though he wasn't one of the final contestants, he still earned a WWE contract. Throughout his wrestling career, he has wrestled under 21 different names. He has also wrestled in Japan, in the New Japan Pro-Wrestling league.

He married fellow wrestler Amber O'Neal in 2014. He has a son from a previous relationship. He has been married three times, most recently to Bethany Gearhart in 2019.

He popularly has fought as a Kane impostor.

Drew Hankinson Is A Member Of