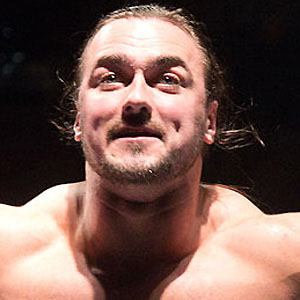 Wrestler born Andrew Galloway known for his time in the WWE, where he won an Intercontinental and Tag Team Championship. He later joined TNA. In 2020, he became the first Scottish-born WWE world champion.

He started wrestling when he was fifteen years old and turned professional in 2001.

He married Taryn Terrell in 2010, but they divorced a year later. He got married to Kaitlyn Frohnapfel in 2016.

He and Cody Rhodes won the WWE Tag Team Championship in 2010.

Drew McIntyre Is A Member Of