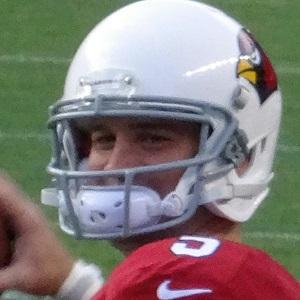 NFL quarterback was a four-year backup for the Detroit Lions, before signing a three-year deal to take over the second-string role for the Arizona Cardinals in 2013.

He was ranked the sixth best prospect in the country coming out of Harrison High School and went on to be recruited by Michigan State University.

He was drafted 43rd overall by the Detroit Lions in 2007, after being named the Senior Bowl Offensive MVP.

He married Kristin Schrock on June 27, 2009 and he has a son named Asher and a daughter named Emeric. He was raised by Gaylord and Christine Stanton in Okemos, Michigan and Lake Oswego, Oregon.

Drew Stanton Is A Member Of