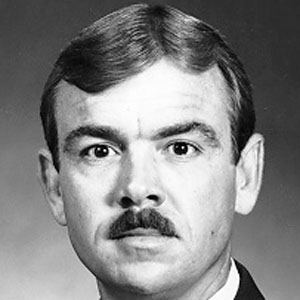 Decorated United States Air Force officer and Vietnam War hero. During a rescue mission to retrieve a downed pilot, he courageously gave his parachute to the rescued pilot before escaping himself.

He passed up a college athletic scholarship to join the U.S. Air Force.

He received numerous military honors, including a Silver Star, a Purple Heart, and an Air Force Cross.

He grew up in Flint, Michigan.

Jay Zeamer was another pilot and United States war hero.

Duane Hackney Is A Member Of