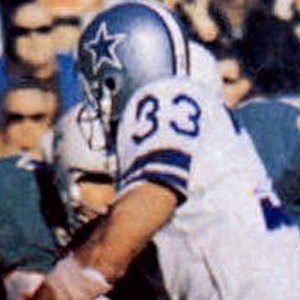 Running back who played in the NFL from 1970 to 1974 for the Dallas Cowboys, San Diego Chargers, and Washington Redskins.

He was a running back at Dallas Lincoln High School.

Hall of Fame quarterback Roger Staubach was his teammate on the Cowboys.

Duane Thomas Is A Member Of