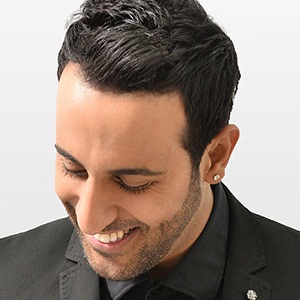 Israeli singer-songwriter, musician, and composer. He became known as one of Israel's leading singers of Mizrahi Music. He also participated in the reality show Live in LA LA Land in 2011.

He used to perform in events and clubs while serving in the Israel Border Police.

He released his debut album First Love in 2007.

He married his wife Shir Rosenblum in 2015.

He collaborated with singer Moshe Peretz on the single "Love Without Borders" in 2010.

Dudu Aharon Is A Member Of