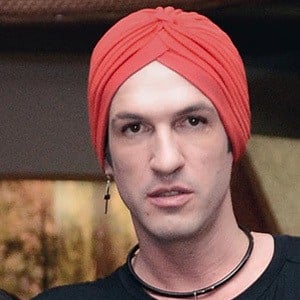 Designer and stylist who created the brand Neon in 2003. His career began as a stylist for brands like Triton, Carlota Joakina and Colcci, and fashion magazines like Vogue and Elle. In 2016, he became a regular on the Rede Globo show Love And Sex in 2016.

He studied fashion at Santa Marcelina College, but left before graduation to pursue his career full time.

He has appeared on shows like Brazil's Next Top Model, Coletivation MTV, and HBO's miniseries Alice.

He is incredibly close with his mother, Regina Bertholini.

He has styled figures like Fernanda Lima and Gaby Amarantos.

Dudu Bertholini Is A Member Of