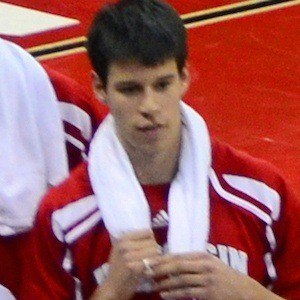 Croatian-American basketball player who signed with the Sacramento Kings after going undrafted in 2015. He was then reassigned to the NBA D-League as a rookie.

He attended the University of Wisconsin, where he he averaged three points and just under two rebounds per game.

He was born in Croatia, but moved to the US before he was one. He attended high school in Illinois.

He was born to Gordana and Ivica Dukan. His father was a professional basketball player in Europe and has worked as a scout for the Chicago Bulls.

He was teammates with Nigel Hayes at Wisconsin.

Duje Dukan Is A Member Of