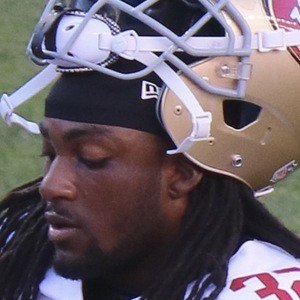 Running back who earned a roster spot on the Green Bay Packers in 2012, after spending his rookie season with the Jacksonville Jaguars. He went undrafted in the 2011 NFL draft.

He averaged an impressive 6 yards per carry during his senior season at Troy University.

He gave one of the best performances of his young career by contributing 100 all purpose yards to the Packers' NFC Wild Card victory on January 5, 2013.

He was raised in a large family with 8 siblings: Scottie, LaWuan, LaDorrian, Danaja, JaQuan, Shaniya, Jordan and Juran Jr.

He became teammates with Aaron Rodgers when he signed with the Green Bay Packers in 2012.

Dujuan Harris Is A Member Of