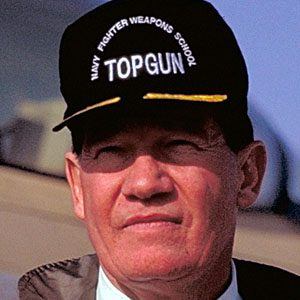 Republican Representative from California from 1991 to 2005 who resigned in disgrace after pleading guilty to charges of bribery, mail fraud, wire fraud and tax evasion. He was released from prison in 2013.

He flew was a a U.S Navy pilot, flying F-4 Phantom fighter jets during the Vietnam War.

On March 3, 2006, he received a sentence of eight years and four months in prison and was ordered to pay $1.8 million in restitution.

Has has two daughter with his ex-wife.

He once got in trouble on the Senate floor for making an unkind remark about Barney Frank's homosexuality.

Duke Cunningham Is A Member Of