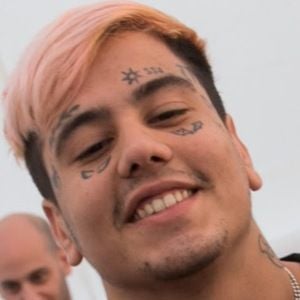 Rapper who originally made a name for himself by competing in the Argentine freestyle rap community known as El Quinto Escalón. He later became a leading voice in Argentine trap music with tracks like "Hello Cotto" and "She Don't Give a FO." In 2018, he became a member of the hip hop group #ModoDiablo.

He was introduced to his music genre in 2012 when he witnessed a freestyle rap battle in his neighborhood. He dropped out of high school.

He won the El Quinto Escalón in 2016. He's the CEO of the label Súper Sangre Joven Records. In 2020, he was nominated for two Latin Grammy awards for Best Urban Fusion/Performance for "Hablamos Mañana" with Bad Bunny and Pablo Chill-E and for Best Rap/Hip Hop Song for "Goteo."

His real name is Mauro Ezequiel Lombardo. He has an older brother named Nahuel who is an audio engineer and a younger sister named Candela. He dated actress Brenda Asnicar. He was previously in a relationship with influencer Iara Miranda.

He's collaborated with popular trappers such as YSY A, Cazzu, Khea and Bad Bunny.

Duki Is A Member Of