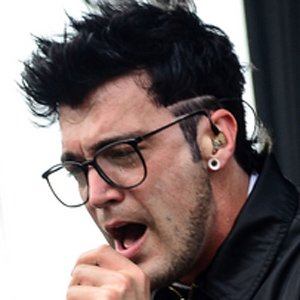 Founder, primary songwriter, keyboardist and lead vocalist of the rock band Starset, known for the song "Monster" which peaked at #2 on the Billboard US Mainstream Rock Songs chart in May of 2017. Before founding Starset, he co-founded a band called Downplay which started out as a cover band. The group put out a first original album called Saturday in 2005.

He earned an electrical engineering and master's degree in avionic engineering from Ohio University. He later pursued a PhD.

He has done research for the US Air Force, and taught at the International Space University. He teamed up with Marvel Comics on an original graphic novel called The Prox Transmissions.

He has sisters named Chrystal and Heidi and a brother named Jay. His parents are Marifi and Tim Bates.

He would perform alongside Ron DeChant in Starset.

Dustin Bates Is A Member Of