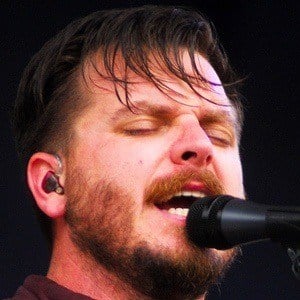 Post-hardcore rock musician who rose to fame as the vocalist and rhythm guitarist of the band Thrice.  He's also performed under the professional alias Ursus Veritas as a solo recording artist.

He and fellow Thrice member Teppei Teranishi performed in a band called Chapter 11 prior to starting Thrice.

In late 2016, he signed a recording contract with Equal Vision Records, who released his debut solo album.

He and his wife Shadlie Ruby Smith have three daughters.

He had the opportunity to perform on the Late Show with David Letterman in 2007.

Dustin Kensrue Is A Member Of