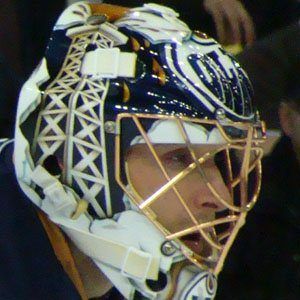 Former NHL goaltender best known for his days with the Minnesota Wild and Edmonton Oilers. He won a gold medal representing Canada at the 2007 World Ice Hockey Championships.

He played hockey at the University of Massachusetts Lowell, where he was a Hobey Baker Award nominee.

He led the NHL in save percentage and made his only NHL All-Star Game appearance in 2004 as a member of the Wild.

He has sons named Brett and Ross.

Dwayne Roloson Is A Member Of