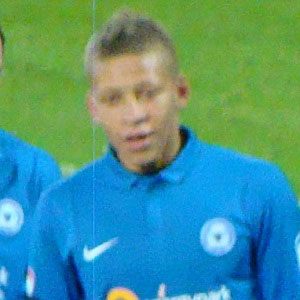 Striker who joined Crystal Palace in 2013 after spending two years with Dagenham & Redbridge. In 2016, he'd sign with Newcastle United FC; although he'd play for West Bromwich on loan for the 2018-2019 season.

He debuted professionally for Stansted in 2009.

He scored 29 goals in 42 appearances while on loan to Bishop's Stortford during the 2011-12 season.

He was born in Walthamstow, England; but is also of Jamaican descent through his father.

He and Yannick Bolasie became teammates on Crystal Palace.

Dwight Gayle Is A Member Of