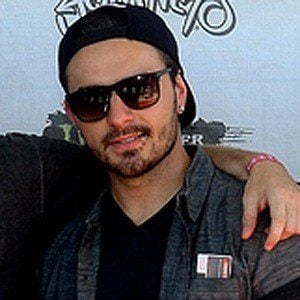 Guitarist and vocalist of the post-hardcore band I Prevail. His group went viral for their cover song of Taylor Swift's "Blank Space," which landed on the Billboard Hot 100 and the US Mainstream Rock Songs chart. They are also known for their EP Heart Vs. Mind.

He joined I Prevail in March 2015 after the former guitarist Jordan Berger left.

Their cover song of Taylor Swift's "Blank Space" has amassed more than 20 million views on YouTube.

He and the band originated from Southfield, Michigan.

His band opened for rock group Pop Evil which is fronted by Leigh Kakaty.

Dylan Bowman Is A Member Of