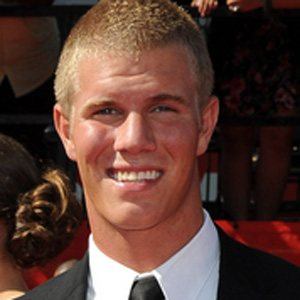 Right-handed pitcher known for his well-rounded combination of pure stuff and control. He made his MLB debut in 2012 with the Baltimore Orioles.

He posted a 0.25 ERA his senior year at Owasso High School in Oklahoma.

He played alongside lefty slugger Jim Thome on the Orioles.

Dylan Bundy Is A Member Of