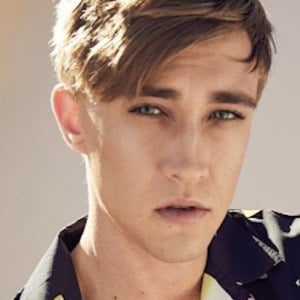 Singer-songwriter and music producer who became a part of the four-piece boy band Darling Brando.

He played the trombone when he was younger. He was a solo artist. Some of his first original songs were called "Downbeat" and "All My Heart."

He collaborated with an artist known as Obseen on a single called "Drown."

He has posted pictures with his grandmother and father on Instagram.

He performs alongside Vlado in the band Darling Brando.

Dylan Cartwright Is A Member Of