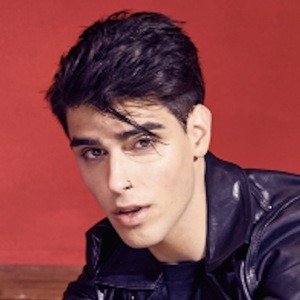 Guitarist, pianist and vocalist who has performed live around Australia. He then became part of a four-piece boy band called Darling Brando that signed with Sony Music.

He was of high school age when he began to perform on stage.

He is an Australian performer.

He and Darling Brando have covered the Miley Cyrus song "When I Look At You."

Vlado Is A Member Of