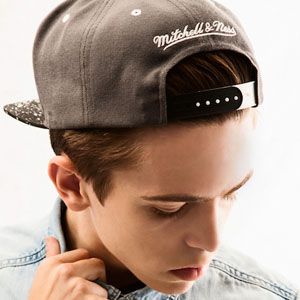 R&B singer who signed a recording deal with Universal Motown in 2013. He performed in a production of the Broadway show 13 as a teenager.

His mother determined that he was destined to be a singer when he picked up a karaoke microphone for the first time when he was 3 years old.

When he was 4 years old, his family realized he developed a hearing impairment and chronic ear infections. He underwent his first surgery on his 5th birthday and at 6, doctors discovered permanent holes in his eardrums. His right ear was eventually repaired while his left was not.

He is from San Diego, California. His great-grandmother taught dancing while his grandfather was an actor/dancer in Las Vegas Hotels. Dylan's mother was also a trained dancer and singer.

He and Cody Simpson were both discovered by Shawn Campbell.

Dylan Hyde Is A Member Of