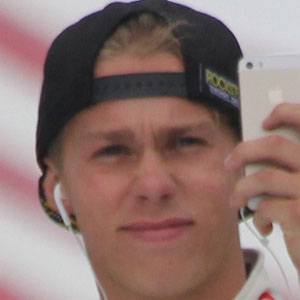 Race car driver from Connecticut who won the K&N Pro Series East and Pro Series West stock car series. He is the first driver ever to win both series.

He began racing go-karts at four and graduated from the Faith Lutheran Middle School & High School.

He became the youngest person ever to win the Pro Series West.

His father, Randy, was CEO of the Hard Rock Hotel and Casino.

He and Max Gresham have both won the K&N Pro Series East.

Dylan Kwasniewski Is A Member Of