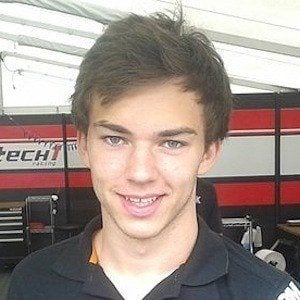 French formula racing driver who is best known for being the 2016 GP2 Series champion. He drove a Honda-powered car for Team Mugen. He has been a member of the AlphaTauri team.

He first began karting in 2006. In 2011, he made his debut in single seaters taking part in the French F4 Championship. In September of 2015, he began racing for Red Bull as a Formula One racer.

He has won several championship titles including the 2013 Eurocup Formula Renault 2.0.

He was born and raised in Rouen, France. His relationship with Caterina Masetti Zannini ended in 2020.

As a professional driver, he has competed in the Formula One races much like Juan Manuel Fangio, Alain Prost, and Jim Clark.

Pierre Gasly Is A Member Of