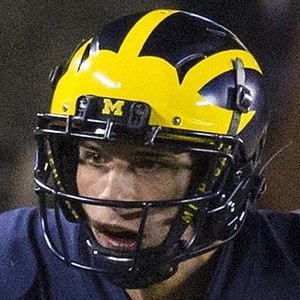 Quarterback who plays college football at the University of Michigan. He is the son of former NFL wide receiver Ed McCaffrey.

He played football during high school at Valor Christian Academy.

He committed to Michigan in February of 2016.

His mother's name is Lisa. He has three brothers, Christian, Luke, and Max, all of whom are also football players.

He has been coached by Jim Harbaugh on the Michigan Wolverines.

Dylan McCaffrey Is A Member Of