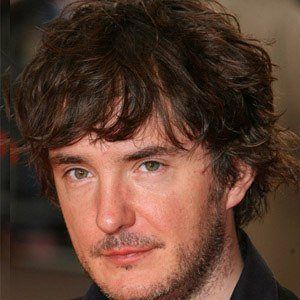 Irish stand-up comedian, filmmaker, actor, and writer who regularly performs at top-tier comedy festivals. He appeared in Shaun of the Dead and Run Fatboy Run and is the youngest person to win the Perrier Comedy Award at the Edinburgh Festival.

He left school at age 16 and had a job as a florist for one week. He began doing stand up comedy at Dublin's Comedy Cellar in 1992. In 1993, he won the So You Think You're Funny award at the Edinburgh Festival.

He has twice won the BAFTA TV Award for Best Situation Comedy, for his show Black Books.

He got married to Elaine in 1997 and has two children: Siobhan and Simon.

He was in the movie Shaun of the Dead with co-star Simon Pegg.

Dylan Moran Is A Member Of