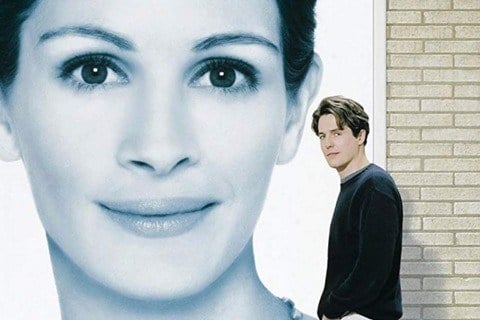 Classic rom com where a bookstore owner meets the most famous movie star in the world. The film won a BAFTA, as well as a British Comedy Award and a Brit Award for the soundtrack.

The movie was the highest grossing British film of the year. It was directed was Roger Michell from a screenplay by Richard Curtis.