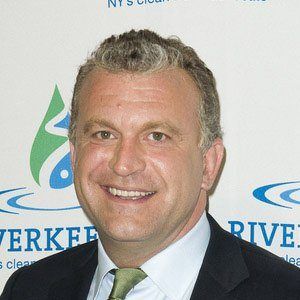 Television journalist who hosted his own show on MSNBC. Also a writer, he became known for a 2012 bestselling book entitled Greedy Bastards.

He graduated from Union College with a degree in political economics.

He was honored with a Gerald Loeb Award for his reporting work during the Enron scandal.

He was raised in upstate New York by a single mother, psychologist Adrienne Dodge Ratigan. He later had a relationship with musician Aprille Goodman.

He made appearances on Stephen Colbert's show, The Colbert Report.

Dylan Ratigan Is A Member Of