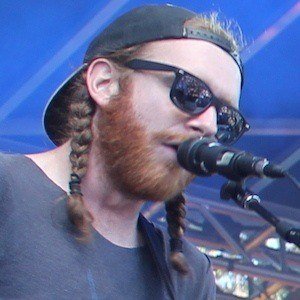 Vocalist known for being the lead singer and founding member of the band Bear Hands. The band's singles "Giants," "Agora," and "2AM" all reached the top 20 of the alternate charts.

He attended Wesleyan University, where he would form Bear Hands after meeting Ted Feldman. Once they rounded out the band, they released their first EP in 2007.

He was at Wesleyan at the same time MGMT was and has listed them as role models.

Although they originally met in Connecticut, the band is based out of Brooklyn, New York.

He and the band have performed with Michael Angelakos and Passion Pit.

Dylan Rau Is A Member Of