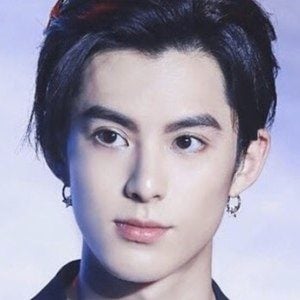 Television actor who is known for appearing in the 2018 series Meteor Garden as the recurring character Dao Ming Si.

He graduated from Sichuan Southwest College of Civil Aviation. He appeared in several variety shows and commercials before landing his debut role in Meteor Garden.

He has been featured in the magazine Harper's Bazaar China for his acting. He is also known for winning an award at the Sichuan Campus Red Festival in 2016.

He was born and raised in Chengdu, Sichuan, China.

Other stars who appeared on the series Meteor Gardens include Barbie Hsu and Rainie Yang.

Dylan Wang Is A Member Of