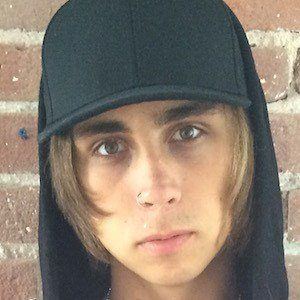 Vlogger and comedy content creator on YouTube who has earned over 10,000 subscribers with videos such as "How To Be a Ninja."

He was previously more active on YouNow, helping him gain 7,000 fans on the platform.

He moved from Oregon to Los Angeles, California.

He has collaborated with Sam Pepper on videos such as "Mouse Trap Challenge" and "Sam Pepper Cuts My Hair."

DylanBeRad Is A Member Of