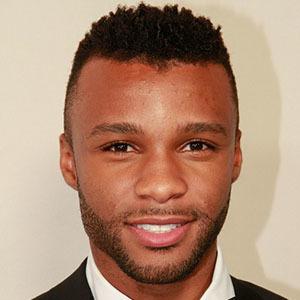 Actor who has risen to fame as Dylan of the groundbreaking FX TV series Pose . He debuted during the series' 2018 first season to critical acclaim, and has helped raise money for Gay, Lesbian & Straight Education Network on behalf of the show.

He initially rose to fame as the lead singer of the boy band 3D at age 12. He later earned his bachelor's degree in media studies and writing from The New School while also taking acting and dancing courses.

He starred in the Tupac Shakur-inspired musical Holler If Ya Hear Me on Broadway in 2014 as Anthony. He also appeared in the 2014 NBC production of Peter Pan Live! as Prickles.

He toured as a teen performer in 3D alongside two of his cousins with his mother managing.

He has co-starred alongside Billy Porter on the 2018 FX TV series Pose.

Dyllon Burnside Is A Member Of