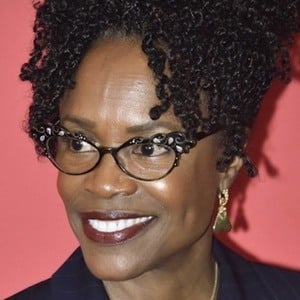 Actress known for her recurring role on the television series ER, The Fresh Prince of Bel-Air, and Roseanne. She is also an Obie Award winner for her performances in the stage productions The Witch of Edmonton and In The Blood. She is a playwright as well who has written multiple plays including Pretty Fire and In Real Life.

She first began her training at the Goodman School of Drama. In 1978, she made her television debut in Cindy where she played the title character. In 1982, she made her feature film debut in Hard Feelings.

She was born and raised in Albany, New York and married Alan Michael Harris in 1991.

She starred alongside Bruce Willis and Samuel L. Jackson in the M. Night Shyamalan film Unbreakable.

Charlayne Woodard Is A Member Of