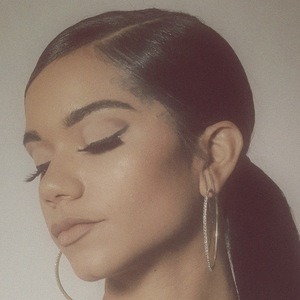 Tumblr and Instagram model as well as writer and music video vixen whose personal and professional life attracted more than 120,000 followers to her self-titled Instagram account. In 2019, she released a childhood memoir.

She played soccer when she was young. She first found a following at the age of 15 by posting her poetry and self-portraits to Tumblr.

She linked the TI song "Freak Though" featuring Pharrell Williams in her Instagram bio.

She is married and she has a daughter named Marz.

She was featured in the music video for Dyme-A-Duzin's single "My Single."

Dyme Taylor Is A Member Of