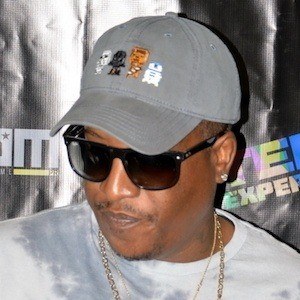 Rapper who came to prominence as a member of the hip-hop crew Outlawz, who were co-founded by Tupac Shakur in 1995. He was featured on some of Shakur's most famous solo songs, including "Hit 'Em Up," and eventually embarked on a solo career with albums like The Stash Spot (2010).

He got his start rapping under the alias Big Malcolm.

He produced six songs from Tupac Shakur's 1997 album R U Still Down? (Remember Me), including "Redemption," "Thug Style" and "When I Get Free."

His real name is Malcolm Greenridge. He has children.

He shared the stage with Young Noble as a member of Outlawz.