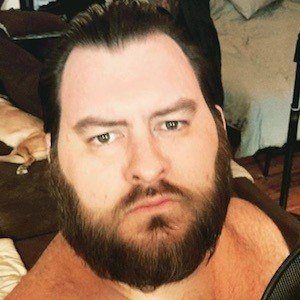 Hip-hop artist and music producer who gained over 480,000 subscribers through his music on YouTube. He has released albums such as Reset, Surrounded by Giants and Two Tone Rebel.

After studying political science at St. Mary's College of Maryland, he recorded his debut album, Hip-Hop Is Good, in 2009. The following year, he launched his popular YouTube channel.

On YouTube, he was popular for videos such as "Sidelines," "Be A King," and "Changed My Mind."

Born Evan Wallace, he spent his youth near Philadelphia, Pennsylvania, and later relocated to Baltimore, Maryland. He was raised with two sisters named Suzanne and Jenn. He died on February 13, 2017, reportedly of complications from an infection.

He grew up listening to Snoop Dogg and Dr. Dre and was inspired by Eminem. He was also highly influenced by Notorious B.I.G.

e-dubble Is A Member Of