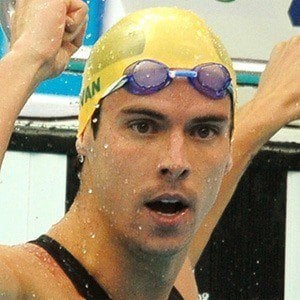 He was a very talented youth swimmer, and won the 50 meter freestyle at the 2002 Australian Age Championships.

He has held the world record in the long course 50 and 100 meter swims.

At the 2008 Olympics, his silver medal medley team finished less than a second behind an American team led by Michael Phelps.

Eamon Sullivan Is A Member Of