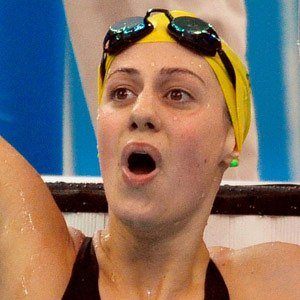 She was a gold medalist at the 2006 Commonwealth Games before she competed in the Olympics.

She was appointed the Medal of the Order of Australia on January 26, 2009.

She swam against gold medalist Kirsty Coventry at the 2008 Summer Olympics.

Stephanie Rice Is A Member Of