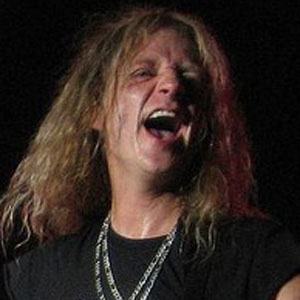 He played the trumpet and had an an orchestral background during his childhood.

He formed the band Noon with ex-Halloween guitarist Rick Craig.

He was survived by his wife Eva and their two daughters.

He and Larry Junstrom both played in Lynyrd Skynyrd.

Ean Evans Is A Member Of