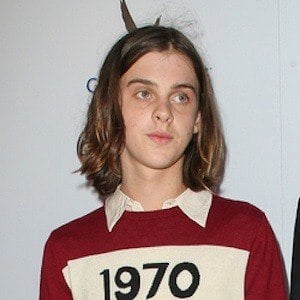 Television actor who is predominantly recognized for his portrayal of Oscar in the 2017 mini-series Born to Kill. He also appeared on an episode of the Channel 4/Netflix series The End of the F***ing World. In 2022, he played Hort in the popular movie The School for Good and Evil.

He received a special thanks credit in the 2012 feature film Lawless. He has appeared alongside his father in 3 different documentaries.

He is the son of rock musician Nick Cave.

He appeared in The End of the F***ing World which starred Jessica Barden and Alex Lawther.

Earl Cave Is A Member Of