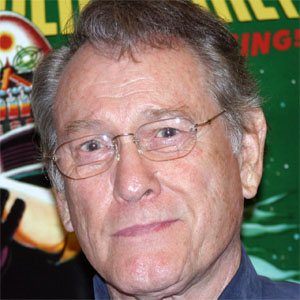 Golden Globe winner for Best Supporting Actor for the film The Rainmaker who had roles in other movies such as Giant, Gunfight at the O.K. Corral, and Forbidden Planet.

He made his debut in the 1953 film Scared Stiff and had some early television roles in The Twilight Zone and Bus Stop.

He was nominated for a Golden Globe in television as well for his role in the series Delta.

He was born in Delhi, Louisiana and made his first trip to Los Angeles from Louisiana by hitchhiking.

He starred alongside Anthony Quinn in the film Last Train from Gun Hill.

Earl Holliman Is A Member Of