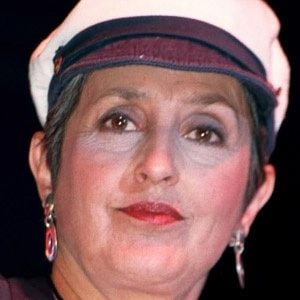 Folk singer best known for songs such as "Diamonds & Rust," "We Shall Overcome," and "Joe Hill." She was also a political activist.

She performed often while attending Boston University. One of her first instruments was the ukelele, which was given to her by a friend of the family.

She sang "Buddha's Delight" and "Slam" for the Music and Lyrics soundtrack, as well as dueting with Hugh Grant on "Way Back into Love."

Joan Baez Is A Member Of