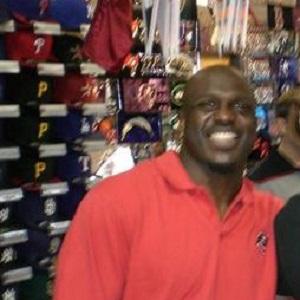 Former NFL running back who played all nine seasons of his career with the Tampa Bay Buccaneers. He received the Ed Block Courage Award, given to players show inspirational levels of sportsmanship, in 2010.

He attended Mariner High School, where he was named as an All-American by Parade magazine.

He became the head football coach at North Fort Myers High School following his retirement from the NFL.

He has children named Aiyana and Earnest Jr.

He played under famed head coach Jon Gruden as a member of the Tampa Bay Buccaneers.

Earnest Graham Is A Member Of