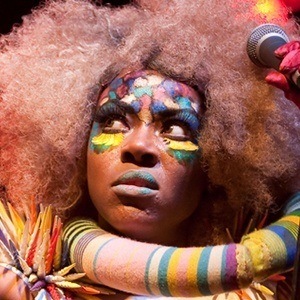 Singer-songwriter who rose to fame for her 2009 debut album Bone of My Bones, which received favorable critical reviews. She released her second album Behold, a Pale Horse in September 2013 to universal acclaim.

She began her career in entertainment as an actress at age 12. She attended the Sylvia Young Theatre School, where she was classmates with the late Amy Winehouse.

She portrayed the long-running recurring character Yasmin Green on the British soap opera Family Affairs. She was nominated for a 2004 and 2005 British Soap Award for her work on the show.

She was originally born and raised in London, England.

She was discovered by renowned British actor Mark Rylance to appear in his production of Macbeth.

Ebony Bones Is A Member Of