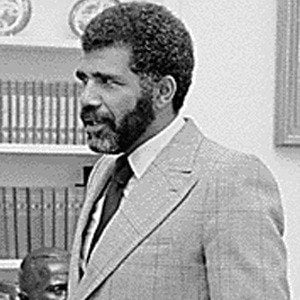 CBS investigative journalist remembered for his more than two-decade-long association with 60 Minutes. He also anchored CBS Sunday Night with Ed Bradley and received nineteen Emmy Awards over the course of his career.

After graduating from Pennsylvania's Cheyney State College, he worked for a time as a sixth grade school teacher.

He was the first African American journalist to serve as a CBS White House correspondent.

Following the deaths of his first two wives -- Diane Jefferson and Priscilla Coolidge -- he was married to Patricia Blanchet from 2004 until his own death in 2006.

He and Harry Reasoner both worked on the TV news program 60 Minutes.

Ed Bradley Is A Member Of