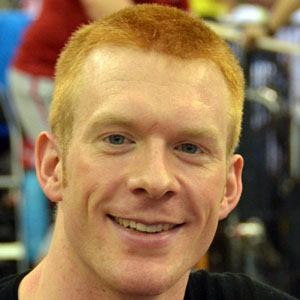 He began cycling at age five, on a bike bought by his father, and by 15 earned an entry into the British Cycling Academy, which trained previous stars like Mark Cavendish and Geraint Thomas.

With both speed and endurance, he competed in the new Olympic multi-race event called the Omnium, which calls for both.

He was born in Barnsley, England.

He and Victoria Pendelton both won the cycling gold for Britain at the 2012 Olympic game.

Ed Clancy Is A Member Of