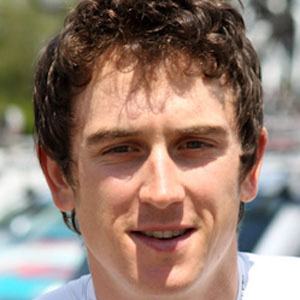 Welsh cyclist who won a gold medal in the team pursuit event at the 2008 Summer Olympics in Beijing. He later won the National Road Race Championships in 2010.

He joined the Maindy Flyers Cycling Club at age ten.

He was nominated for the 2007 BBC Wales Sports Personality of the Year.

He and Ed Clancy were both part of the team which won the gold medal at the 2008 Summer Olympics.

Geraint Thomas Is A Member Of